First order of business, my accountability to myself: today’s word count target was not just met, but more than doubled! Each week I work on this project, I’m able to produce just a little bit more than I did the week before.

So that’s exciting. And, after sharing the first chapter draft with @amaraqwolf for a bit of external feedback, I feel more comfortable discussing the nature of what I’m working on here with less ambiguity, and providing you with a short excerpt!

Companion Animals is a science fiction novel that uses our own solar system as its stage, and was conceptualized when I wondered aloud to myself what life would look like for spacefaring humans when the Sun enters its death throes. Lots of very particular science-y things have required additional research (I have so many folders in this Scrivener project now, just for research), but the one thing I decided for myself was that if humanity took to the stars to try to survive, they would sure as hell not leave dogs and cats behind on Earth.

So, supposing that this happens millions–billions–of years into the future (and that Jung was right, I guess), humans in this story aren’t the only thinking mammals taking up space and resources on space stations. And they’ve had to evolve creative ways of communicating with each other, and navigate the ethics and consequences of how it is they came to be so reliant upon each other in the first place. This crisis doesn’t drive the plot, which I’m keeping mum about for now, but it informs the relationships between the human, feline, and canine characters.

Obviously are so many additional ways that the bodies of living things could shift and change and evolve when we’re working with a time frame as dramatic as billions of years. I imagine I will play around a bit with how different human colonies aboard specific space stations may have changed after vast periods of time apart from each other, but it is important to me that the human characters still feel fundamentally like us, and the cats and dogs are still recognizable as themselves.

All of those words exist to provide some background information for the excerpt below, which is excerpted from the scene in which two of my protagonists meet each other for the first time.

I hope you enjoy it!

The door to the office creaked on its hinge and then closed gently; Grissom had gone. Primrose reached for the mylar dossier and adjusted her reading glasses. “Bella,” she called out, “would you come here a moment?”

Silence. Unbothered, Primrose reached for her teacup and inspected it, frowning to find it empty.

An aging grey cat, whose long coat covered her thinning frame in soft layers of frost-tipped fur, came into view in the doorway. She sat on her haunches upon the threshold to the office and, yawning widely enough to expose the absence of one upper canine tooth, regarded Primrose with half-lidded green eyes.

The word didn’t manifest in Primrose’s mind the way that her own thoughts did. Rather, she felt the cat’s presence rest against her own awareness of herself as a gentle, still warmth. This is how it had been between them for at least the last twenty years, though frankly Primrose preferred not to count the years with too much specificity these days. Her mirror did that for her well enough each morning.

“Parzifal Incredulio-Singh,” she read aloud, neatly and precisely, and then looked up. “Is he here?”

The words alone meant nothing to a cat, but this had long been a part of their practice. Primrose would speak, and pair the words with intention, with conscious presence, and present both for Bella’s consideration, allowing her to choose in the moment which she preferred to hear. For all that time and space and the inevitable, relentless march of evolution had changed them both, a cat was still a cat, and fickleness was their second nature. Now they were just fickle and capable of complex mathematics.

Bella blinked both of her green eyes contentedly, then swivelled one white-tufted ear towards the waiting room. Almost imperceptibly, her pupils narrowed. Yes.

He is in my chair. Sour, grudging displeasure. Primrose chuckled and reached for a mostly blank note pad, dismissing the writing on it with a deft finger flick. “Well, perhaps you should bring him here, then.”

Stupid boy. But Bella rose up to all four feet anyway and, after indulging in one long, languid stretch of her limbs, turned to pad down the corridor towards reception.

That’s all I’m prepared to share for now, but I plan to make some additional changes to the site, my tags and categories, as I work on this project. So, well. /hangs “watch this space” sign. 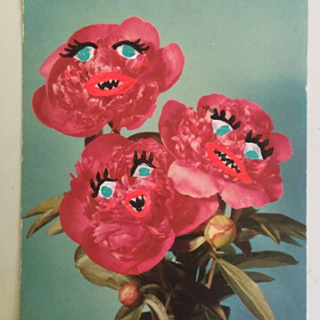